All iPhone users will summon into mind the first time the option to share their Wi-Fi password came into view on their phone screen, prompting an instantaneous “What kind of magic is this?” reaction. Incredibly useful and, more importantly, also secure, this feature was one of which iOS users dominated Android owners until it appeared on the Google platform a couple of years later. Not sure how to achieve it? We have gotchu. Lets know how to share your WiFi password on Apple iOS and Android.

This is a very simple process and it is completely automatic. First, you will need to make sure that both devices are running iOS 11 or later. The person who wants to join the network will do so in the usual way: tap Settings, then Wi-Fi, and finally select the desired Wi-Fi network. To share Wi-Fi, all the network owner has to do is unlock their phone or iPad and then bring it closer to the other device. An alert will appear asking if they want to share their Wi-Fi password. Make sure the request comes from the correct phone, then tap Share password.

While it may not be automatic, the Android Wi-Fi password sharing process is very simple. Please note that your Android device must be running Android 10 or newer. It is done through QR codes and the default camera application of the receiving phone. As always with the Android phones, it may differ a little from phone to phone, but this guide should get you there for your particular phone. First, the owner of the Wi-Fi network has to generate a QR code.

Your phone should now generate a QR code. The other people just has to do now is to open their default camera application and scan the QR code. What’s great about this is that you can also share Wi-Fi passwords with iPhone users this way.

Know how to Increase your Wifi Speed here!

There is no built-in way to share a Wi-Fi password from iPhone to Android, but it’s not impossible. You will need to download a QR code generator on your iPhone. The good thing is that you should only have to create the code once, after which you can simply open it to share with your Android friends.

What is Signal app? Should I Uninstall WhatsApp?

What is Starlink? All you need to know about Elon Musk’s Internet service 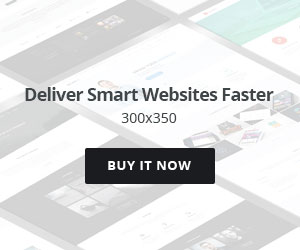